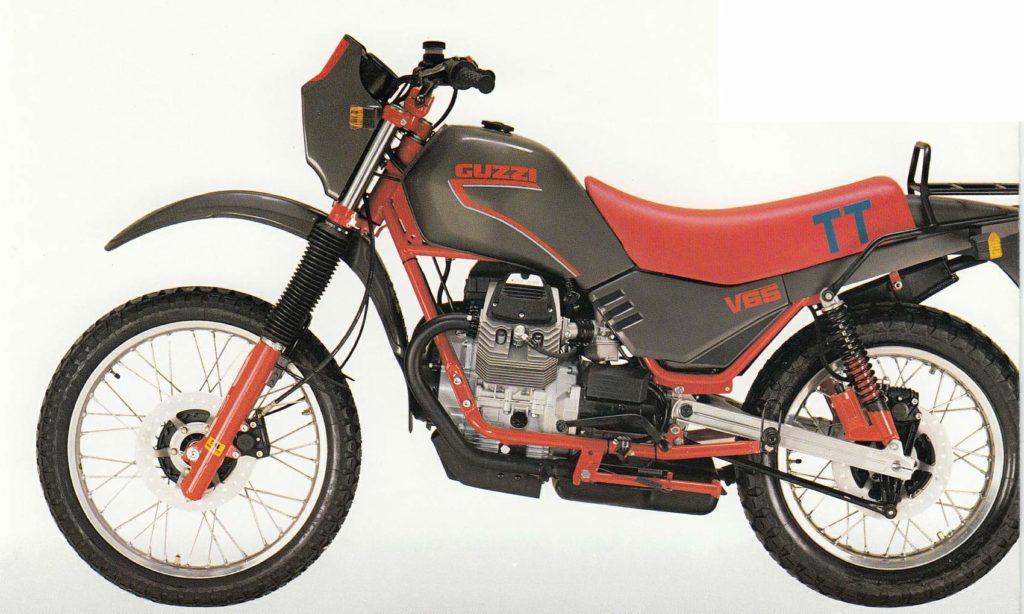 Until the 1980s there was no other model to replace the successful trial-cross (enduro) orientated Stornello.

It all started again after French riders attempt on Paris-Dakar with custom made V 50 and later V 65 , later known as Baja model.

This was to become a more street enduro and a dual purpose bike since it is too heavy for serious off road use.

After few years a decision was made that TT required some cosmetic changes. In 1987 NTX (Nuovo Tipo Cross) was born.

The 32l fuel tank was huge improvement, better suspension and some other improvements were added.

This engine had better torque, a front Brembo calliper with 4 pistons replacing the two piston units on the 350 and 650 models.

Production continued until 2001, the last two years as 750 XPA for police use with smaller wheels.

The history of Moto Guzzi Enduro in competition

powered by MyBB - theme by Nick

thanks to Pippo and all our friends